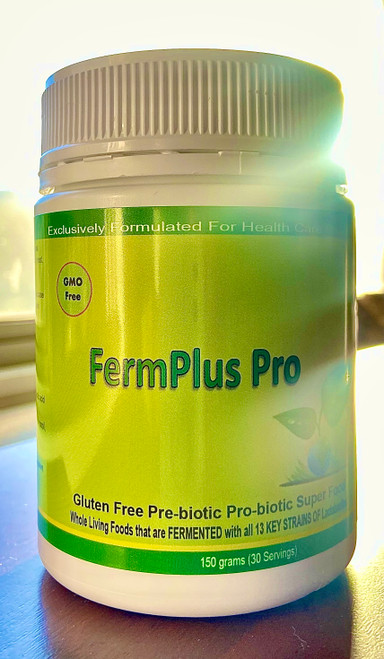 It has been said by multiple researchers that up to 90% of all illnesses and diseases can be traced back to the gut.

To feed and nourish it look no further than FermPlus Pro .

Most importantly Ferm Plus Pro is one of the few probiotics that contain soil based bacteria and actually colonizes good microbes! Colonizing basically means they stick around instead of floating through town if you catch our drift .

Most of the ingredients are already considered superfoods but the fermentation process makes them remarkably more bioavailable for many people. There’s a reason why so many different ancestral traditions involve fermenting and culturing. It wasn’t just for preservation, it was also because they knew it optimized the digestive tracts' nutrient absorption capacities.